There’s a lot going on at Splashtop this month with new app releases, new features added to your my.splashtop.com console, new integrations, a new remote support solution, and a new referral program.

Our new on-premise Remote Support solution is now available as an option if you prefer that over a cloud based solution. Learn more about Splashtop Enterprise for Remote Support

We are beta testing a new Splashtop Streamer for Linux that works with the Splashtop Business Access, Splashtop Remote Support, and Splashtop SOS+10 and Unlimited packages. You can sign up for the beta now at https://www.splashtop.com/linux.

This new release (October 4, 2019 for Windows and October 29, 2019 for Mac) has multiple new features and enhancements.

Splashtop Streamer 3.3.4.0 for Windows and Mac

This release is a major update for new features, security and stability improvements, faster file transfer speed, and various bug fixes. The Windows streamer was released October 7, 2019, followed by the Mac streamer release on October 29, 2019. It will be automatically rolled out to current installs over the next few weeks or you can manually update via your deployed streamers via your my.splashtop.com console.

The Splashtop Business app for iOS has been updated to fully support the latest new iPhones and iPad Pro. In addition, this new version, released on October 4, 2019, has these new and enhanced features. 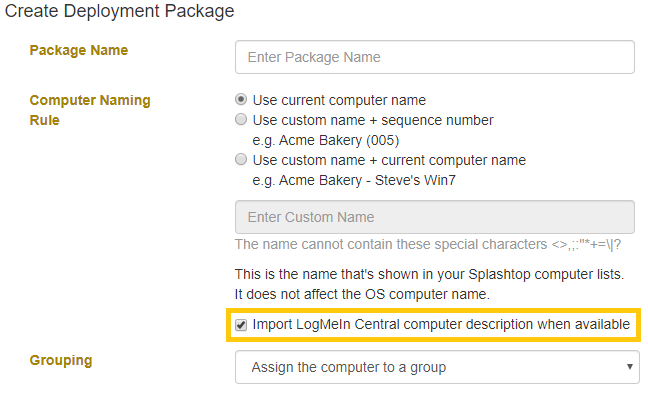 Refer your friends and colleagues to Splashtop and you both get rewarded when they start a new subscription. Sign up for the Splashtop Referral Program