What’s New in Version 3.4.2.0 of the Splashtop Business Apps and Streamers?

Now from your computer list, you can pin your favorite computers. You can also see all the pinned computers easily in one view.

Admins can now choose to enforce automatic log off at the end of a remote session.

Admins can now specify a path on a network drive for team members to save session recordings through a fail-safe mechanism. They can also enable automatic recording when a remote session starts, and define size limits. 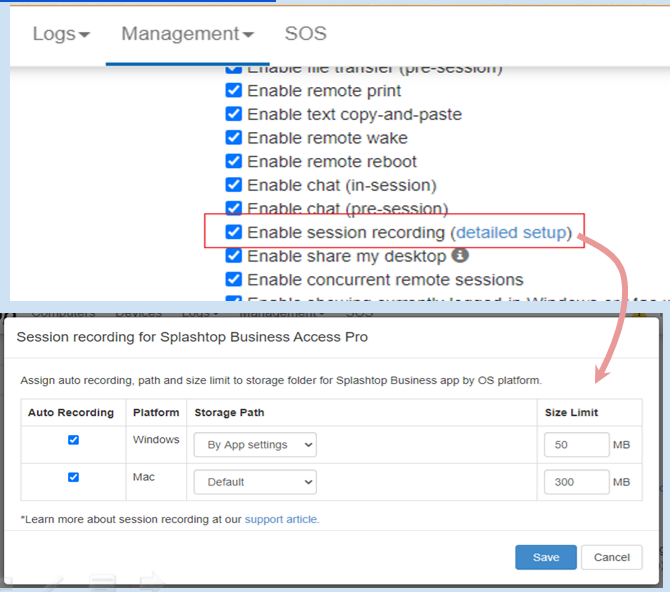 When you are in a Splashtop SOS remote session accessing a Windows computer and you reboot the remote computer in normal, or now even in safe-mode, you can log in without entering credentials again. This is now also available for normal reboot of Mac computers.

Other new features include:

Admins can now schedule users’/user-groups’ access to computers or groups of computers, allowing them to remote in only during the specified timeslots. This feature is currently available in the  Splashtop for Remote Labs plan. 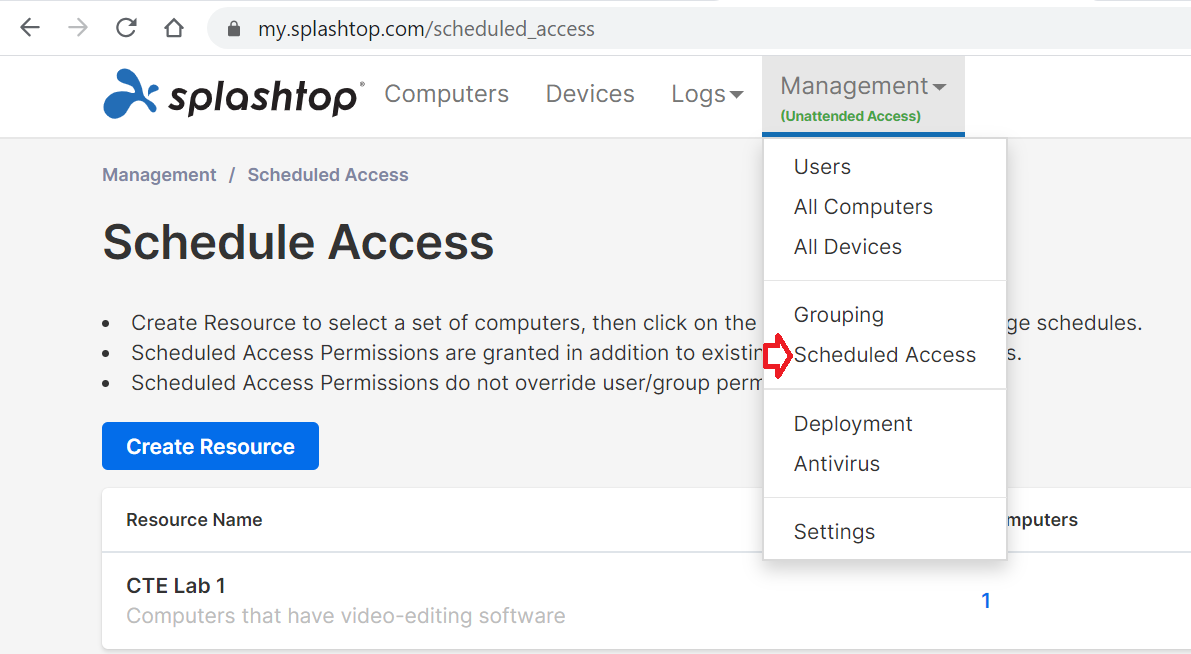 As always, the updated apps and streamers are initially available from https://www.splashtop.com/downloads. Then they are made available via the “Check for Updates” feature, and finally, the update is automatically rolled out to existing streamers and you will be prompted to update your Windows or Mac apps.

Version 3.4.2.0 apps and streamers that are available as of Sept 23rd, 2020, include the Splashtop Business App, Splashtop Streamer, and Splashtop SOS app for Windows. Versions 3.4.2.0 for Mac and iOS will be available in October.

Why Splashtop is the #1 macOS Remote Desktop Tool

How to Choose the Right Remote Desktop Software

Secure Remote Access Solutions for Businesses of All Sizes

How to Ensure Secure Remote Access for Work from Home Employees

How to Remotely Access an iPhone from a Computer