Discussing Security, Ransomware and What Security Teams Should Be Thinking About with Jerry Hsieh 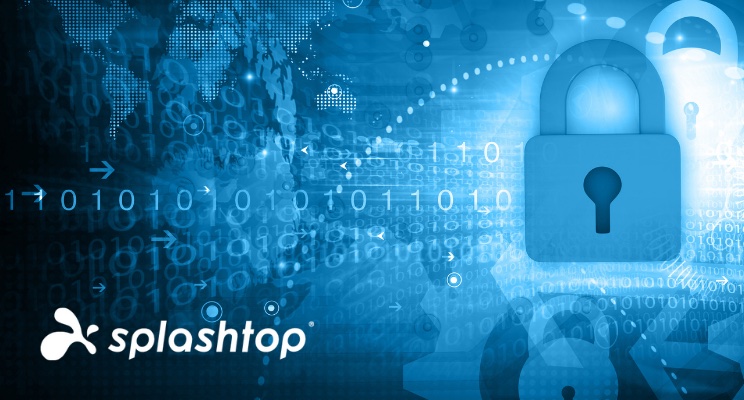 Jerry Hsieh has been at the forefront of IT risk assessment and security for the twenty-plus years of his career, most recently as the Senior Director of Security and Compliance at Splashtop, where he has served in a variety of IT and Security roles for the past ten years. Not long ago, he talked to Splashtop CMO Michelle Burrows about what drove his early interest in security and how he thinks about keeping systems secure, particularly with the increase in highly publicized security breaches in the past few months.

Michelle Burrows: Jerry, thank you for joining us. While security has been all over the news of late, it tended to be almost an afterthought in the past. How did you first get interested in security?

Jerry Hsieh: You’re exactly right – I’ve been focused on security for a long time and many years ago, companies tended not to think about security very much. I had an alarming experience back in 2003 and it ended up cementing my interest in security and risk assessment.

Jerry Hsieh: The company I worked for was one of the victims to an SMTP DDoS attack that ended up taking down corporate email services, including large companies and the one I was with at the time. I remember the timing so clearly because it coincided with my wedding and was the reason that I couldn’t really enjoy myself because of what was going on back at the office.

It also showed me first-hand the impact of something like that. We had worked with a company that was doing email filtering to protect companies like mine and others from an attack like this and they ended up shutting down because of this attack.

I also saw another incident first-hand that occurred when a product file was categorized as a virus after the AV vendor updated the definition. IT and the engineering team spent countless nights staying up and trying to resolve the incident as every single system was impacted and we had a lot of work to do to clean up files, working with our anti-virus vendor and fixing the definitions of what was defined as an attack.

Michelle Burrows: Wow, I guess having your wedding interrupted would be a memorable way to figure out all the things not to do in the security arena. Tell me about other early experiences you had with security.

Jerry Hsieh: I worked with another company in the semi-conductor industry as a security engineer. At that time, we worked on security mostly to stop patent infringement. The company hired a lot of security people as we were less expensive than a roomful of lawyers. This experience made me see security as a way to protect a company’s intellectual property.

Michelle Burrows: Right now it seems like we hear of some security breach or ransomware attack almost daily. What can companies do to protect themselves?

Jerry Hsieh: I get asked this and think about it a lot. In my opinion, the weakest link is usually the end-user. Most breeches are caused by a simple error – an employee clicking on a harmful link, saving a damaging file, using a weak password, or forwarding something. One single user can then compromise the entire system.

Michelle Burrows: That is pretty interesting that one employee can accidentally do a lot of damage. I think many people think they won’t be vulnerable to an incident like this because they have a firewall. Can you comment on that?

Jerry Hsieh: A firewall often gives people a false sense of security. I’ll hear someone say, “I won’t be prey to an attack because I have a firewall.” What they don’t consider is that while you can put up all kinds of protection around your network, one of your biggest threats can actually be internal. A firewall doesn’t solve your security problems, especially when hackers are getting more and more creative to lure employees to click on something in order to get into your system.

Michelle Burrows: If a firewall isn’t the only answer to security breaches, what do you recommend?

Jerry Hsieh: I recommend three areas to pay attention to:

Michelle Burrows: I’m sure that when you tell people what you do for a living, some may feel like they need to “confess” their own bad practice. What questionable practice give you the most pause or concern?

Jerry Hsieh: I don’t usually have anyone tell me about what they do which may or may not be a best practice. I have found that most people don’t know what cyber security is in practice. They see it on TV or in a movie and watch how a “bad guy” with a single command, takes down an entire system. And then they also might think that they are safe from this due to their firewall. What they don’t understand is that the “bad guy” might be a single user in your company. Few data breach incidents are caused by employees who go rogue. What companies really need to adopt is a “trust no one” philosophy. “Trust no-one” is one of the main Zero Trust Access (ZTA) principles that I’m seeing adopted more and more widely.

Michelle Burrows: Right now, there is a lot of attention on security – from the CEO to investors to boards. What should companies be most concerned about?

Jerry Hsieh: Companies need to be concerned about a number of areas.

Michelle Burrows: Recently there was an announcement about VPNs being a gateway for an attack. In your view, why are VPNs (Virtual Private Networks) especially vulnerable?

Jerry Hsieh: Yes, VPNs have been a gateway for system attacks a lot more of late.
In my opinion, VPNs are being used more frequently for ransomware attacks for a few reasons:

Jerry Hsieh: I know this sounds super self-promotional, but the best alternative is to leverage a remote access solution. And, yes, that includes Splashtop. Splashtop helps mitigate the risks inherent in VPNs because it enables you to only stream your desktop. This means the data in your corporate network is protected as you can just view the data. All the data is still inside your corporate network.

In contrast, when I’m on a VPN, I can start downloading whatever I want, which means that hackers can do the same. When I use a tool like Splashtop, I can view and operate or use the file, but I can’t download it. I can configure it so that only local computers can access it.

You asked about downsides for remote access technology. The only downside is that there is a learning curve as people adopt remote access solutions. But, since Splashtop was designed originally for the consumer market, the time it takes to learn it is minimal. And by minimal, I mean within a few minutes for the average user.

Michelle Burrows: Tell me more about a VPN vs. Splashtop?

Jerry Hsieh: Sometimes I hear that a difference might be a fixed investment as compared to the subscription model that Splashtop offers when you compare pricing of a VPN and Splashtop. A VPN is a long-term investment that some people may make once. But, they forget that VPN gateways often go down and investing in a backup gateway is expensive. Plus, a VPN requires maintenance – for vulnerability and patch upgrades. Splashtop takes over the maintenance and security work. Splashtop is maintenance free and available twenty-four hours a day, seven days a week.

Michelle Burrows: When you’re not obsessing about security, what do you do for fun?

Jerry Hsieh: As you’ve probably realized, I don’t have a lot of downtime. When I do have free time, I enjoy golfing. My wife may not be crazy about my role, but I love staying up with security trends and the work that I do every day.

Q & A on Cyber Risks and Rethinking Software Production

The Role of VPN and RDP in Ransomware Attacks

Thinking about how to provide remote access to your employees in a secure way? Contact Splashtop today.