Based in Silicon Valley, Splashtop Inc. delivers next-generation remote access and remote support software and services globally, across the Americas, Europe, Asia, Middle East, and Africa. Splashtop’s cloud-based, secure, and easily managed solutions serve customers that include everyone from multinational enterprises and academic institutions to small businesses, MSPs, and individuals.

Management Team
Board of Directors 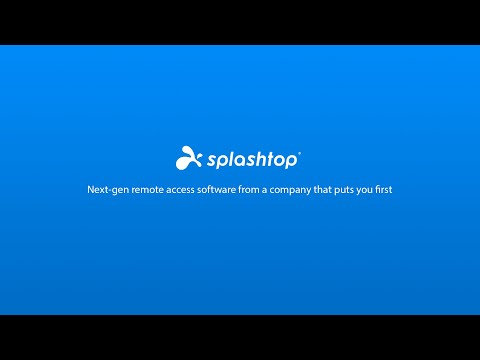 Splashtop was founded in 2006 as DeviceVM, designing and selling the industry’s first browser operating system (OS) that allowed PC users to get online, securely, in less than 5 seconds. The OS product was named Splashtop—combining the term for the BIOS ‘splash’ screen, which boots before the OS boots, and the ‘top’ of the word desktop. The browser OS shipped in over 300M PCs / netbooks from Acer, Asus, Dell, HP, Lenovo, LG, Sony, and others.

When market changes dimmed the prospects for browser OS’s, we forged a new direction, bridging the PC and mobile worlds while leveraging core expertise in delivering high-performance software. In 2010 we introduced Splashtop Remote Desktop for iPhone and iPad, which redefined the remote access experience, and changed the company name to Splashtop. Splashtop Remote Desktop became the #1 selling iPad app on Apple AppStore, beating Angry Birds in 2011.

Between 2006 and 2010, Splashtop raised a total of $49 million in venture capital funding in four rounds, from investors that included Storm Ventures, DFJ DragonFund, New Enterprise Associates (NEA), and Sapphire Ventures. In January 2021, we announced a new $50+ million investment—led by Sapphire Ventures and including the other three long-time investors—that pushed our valuation beyond the $1 billion ‘unicorn’ mark. 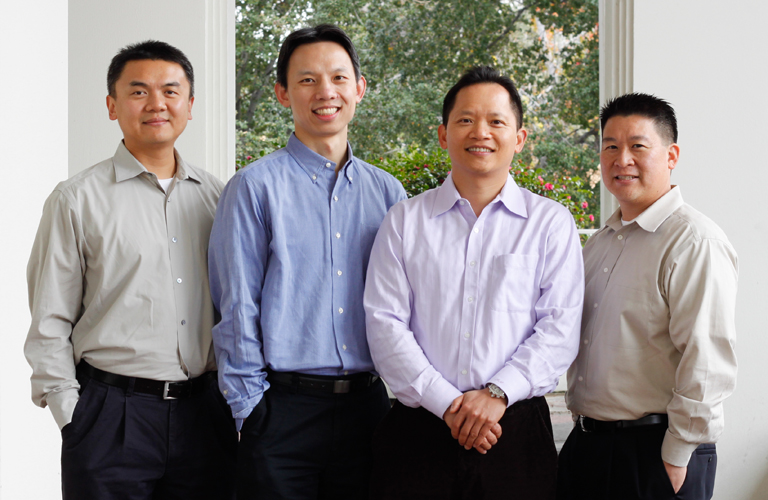 The company now known as Splashtop was founded in 2006, but the Splashtop story began more than 15 years earlier. That was when the four company founders—Mark Lee, Robert Ha, Thomas Deng, and Philip Sheu—met at the Massachusetts Institute of Technology (MIT) as undergraduate electrical engineering and computer science students.

The four, who all were born in Taiwan and grew up in California in Taiwanese immigrant families, formed a tight-knit group that embraced the MIT credo of “work hard and play hard.” They all carried heavy class loads but also took a collaborative approach to having fun.

It was not uncommon for them to finish studies at 2 am and jog, in the snow, if it was winter, to a nearby dorm to play basketball on a court that was open 24 hours a day. On weekends, they’d often go to karaoke bars and scour Boston restaurants—especially those in Chinatown, which stayed open later than others in the city—for cheap meals that wouldn’t break their limited student budgets.

The four followed different career paths after leaving MIT, all accepting good job offers in various parts of the country. Mark worked for Intel in Arizona and California; Thomas worked for Motorola in Florida and for Intel in California; Phil worked for HP in California and Oregon; and Robert went to New York to work on Wall Street. But the group stayed in touch and talked often about starting a company together.

OSA raised a total of $20 million from Intel, Dell, Quanta, Foxconn, UMC, Storm Ventures, Sycamore Ventures, and others. With operations in San Jose, Shanghai, and Taipei, OSA shipped its products to server vendors that included Microsoft, Intel, Dell, HP, and IBM. In 2004, OSA was acquired by Avocent for $100 million.

The beginnings of Splashtop
The four founders took positions at Avocent for a couple of years, then in 2006 they decided to start another company together. Originally named DeviceVM, the company was later renamed after its first product name: Splashtop.

With the goal of delivering a faster, simpler internet user experience, DeviceVM launched the first instant-on browser operating system (OS), which was adopted by Asus, Acer, HP, Dell, Lenovo, LG, Sony, and others. The browser OS shipped on more than 300 million PCs across all major PC and netbook platforms, and it was a precursor to Google Chromebooks. The DeviceVM instant-on browser OS won the “Best of CES” award in 2009.

By 2010 the company recognized that PCs were losing ground as a primary computing platform, meaning their market direction would not be sustainable or scalable in the future. Instead, they pivoted and forged a new direction, leveraging their core expertise in delivering high-performance software products that improved people’s computing experience.

Splashtop pivots to its current focus on remote access and remote support
Splashtop focused its newly directed efforts first for remote mobile gaming and then for more generalized remote computer and remote support. Over the past decade, Splashtop has become a worldwide leader in enabling easy, secure, affordable access to the computing resources needed for work, learning, play, and IT support—anywhere, anytime, from any device.

The team that manages Splashtop today is the same one that founded the company in 2006, and they’re all still friends. One of their long-time investors pointed to the group’s grit and resilience as one of the ‘superpowers’ behind Splashtop’s success. The founders’ shared history and values are largely responsible for Splashtop’s culture of family-like camaraderie, transparency, and passionate commitment to delighting its customers.

Delighting our customers, globally
Splashtop’s 97 overall user satisfaction rating from Capterra is the best in the industry.

Delivering the best value
We offer our best-in-class solutions at prices that are less than half of what our competitors charge.

Focusing on security, reliability, and compliance
We comply with the latest security standards and regulations, including GDPR, HIPAA, SOC 2, and PCI, and our Security Advisory Council helps guide us toward our ever-more-rigorous security and compliance goals.

Providing a high-performance user experience
Splashtop products’ performance translates directly into our customers’ ability to achieve their goals in work, school, or entertainment.

Splashtop remote desktop solutions including Splashtop Business Access, Splashtop Remote Support, Splashtop SOS, Splashtop Enterprise, Splashtop On-Prem, and Splashtop Personal enable people to access and control their favorite apps, files, and data via their mobile devices. Splashtop education solutions are used by teachers in schools and districts around the world to enable interactive learning as part of EdTech initiatives, and by colleges and schools to enable remote lab access for students. And our Mirroring360 screen mirroring and screen sharing solutions are used by software developers, schools and businesses to easily share device screen content.

More than 30 million users have downloaded Splashtop from app stores, and manufacturing partners including HP, Lenovo, Dell, Acer, Sony, Asus, Toshiba, Intel and others have shipped Splashtop software on more than 100 million devices.

Why are our prices so low?

Splashtop’s goal is to provide the best value in remote access at prices often 50% less than other remote access and remote support solutions. We do it with a hardworking team headquartered in San Jose California. We can charge less because we spend less on marketing and rely on our happy customers to help spread the word. Want to help? Tell your friends and co-workers about Splashtop or help us out with a case study or quote, online review, join our referral program, or like and share some of our posts on Facebook or Twitter.

Get started with Splashtop today with a free trial or buy now!

Check out our Press Kit for Splashtop information and resources, and contact our PR team.