Why Supporting Apple Devices Is More Important Than Ever 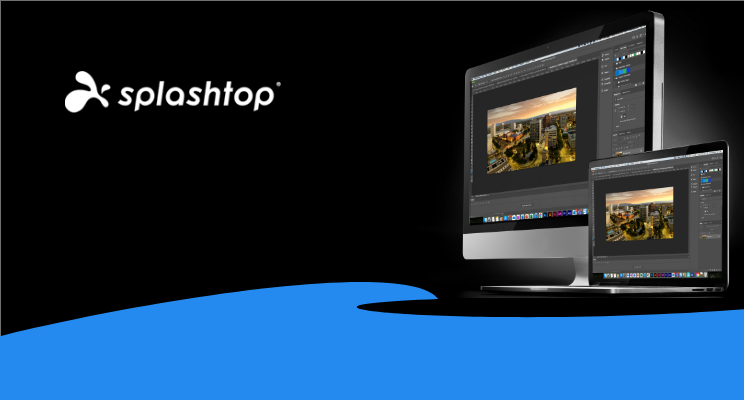 Splashtop recently announced that our software is being bundled as the exclusive default remote support solution within Addigy, the leading cloud-based Apple device management platform.

This is an exciting development because it means that Addigy users will gain instant, easy and Apple-optimized remote access to the Apple devices they manage as part of their Addigy subscriptions. It’s also an important milestone because Apple products—including Mac computers, iPhone smartphones and iPad tablets—are making serious inroads into U.S. enterprises and educational institutions.

For example, the growing momentum of Apple devices was mentioned in an April 2021 Scalefusion blog post: “The last few years have shown something that was unimaginable for the world just a decade ago: Mac in business. According to a survey [by market research firm Vanson Bourne], 71% of high school students prefer using Mac to PC. Additionally, around 81% of individuals admitted that they want to continue using their Mac computers at workstations. And nearly eight out of 10 employees believe their companies should offer them Mac machines to work on.

In addition, an April 2021 Forbes article argues that Apple’s early success in the enterprise mobile market—along with its recent increased attention to platform security, partnerships, and targeted enterprise sales efforts—positions the company well, because businesses continue to leverage the mobility solutions relied upon during the pandemic.

And, finally, in July 2020, a Computerworld article presented “30+ essential facts about Apple in the enterprise,” including:

Apple’s increased presence in the enterprise can be attributed to many things, but one factor is surely the result of COVID-19 pandemic restrictions. Employees who used Mac laptops, iPads and iPhones in their personal lives wanted to continue using those tools when they were suddenly working from home.

As a result, IT departments accustomed to focusing their support on employees’ work-based devices now faced an influx of BYOD (bring your own device) Apple devices that they needed to support and manage on behalf of their work-from-home workforce—alongside Windows computers and Android mobile devices.

As Splashtop VP of Product Annie Chen mentioned in a recent Command-Control-Power podcast, Splashtop has always devoted as much priority and expertise to Mac and iOS users as to the more traditional enterprise users on Windows and Android platforms.

Podcast host Jerry Zigmont of MacWorks explained that his colleagues and co-hosts had previously used a legacy remote support solution. Jerry complained that they always felt like “the Mac got the short end of the stick” with this other vendor when it came to improvements or upgrades.

Jerry said: “There never seemed to be any love extended toward the Mac platform [from that legacy vendor]. I really want to commend Splashtop on the feature parity that goes across both the PC platform and the Mac platform. That’s been terrific for us. And as an independent business owner, I’d much rather align myself with someone who’s at least paying attention to the products we support.”

In addition to pushing Apple devices to comprise a larger share of enterprise IT environments, the pandemic also spotlighted and drove the need for device-agnostic remote access and remote support tools, like Splashtop’s. In fact, the kind of cross-platform support that Splashtop delivers is becoming a must-have for today’s enterprises.

Navigating the New Realities of Work

When the pandemic first made working remotely a necessity, companies understandably scrambled to put in place something, anything, to provide employees and IT support staff with the remote access or remote support they needed.

But now, as enterprises, small/medium businesses and other organizations begin navigating the post-pandemic world of work, most are expected to adopt some hybrid approach of in-office and remote modes. The same trend is happening in education—another market where Mac computers and iOS mobile devices enjoy strong adoption—as schools and universities embrace hybrid learning environments.

For enterprises, it’s time to take a strategic approach to ensure that all their workers can stay connected with each other and with the computing resources they need to flourish. Given that this new hybrid work world will almost certainly include a mix of Mac, Windows, iOS and Android devices, businesses need to assess how well their collaboration, communication and remote access tools operate for all these device types.

Splashtop’s proven commitment to cross-platform support, and especially our strong expertise in serving Mac and iOS users, will be increasingly valuable in this new world of work.

To find out more about how Splashtop can help your teams work at their productive best—no matter when or where they’re working or what kind of devices they use—contact us. We’d love to hear more about your goals and how Splashtop might help you achieve them.