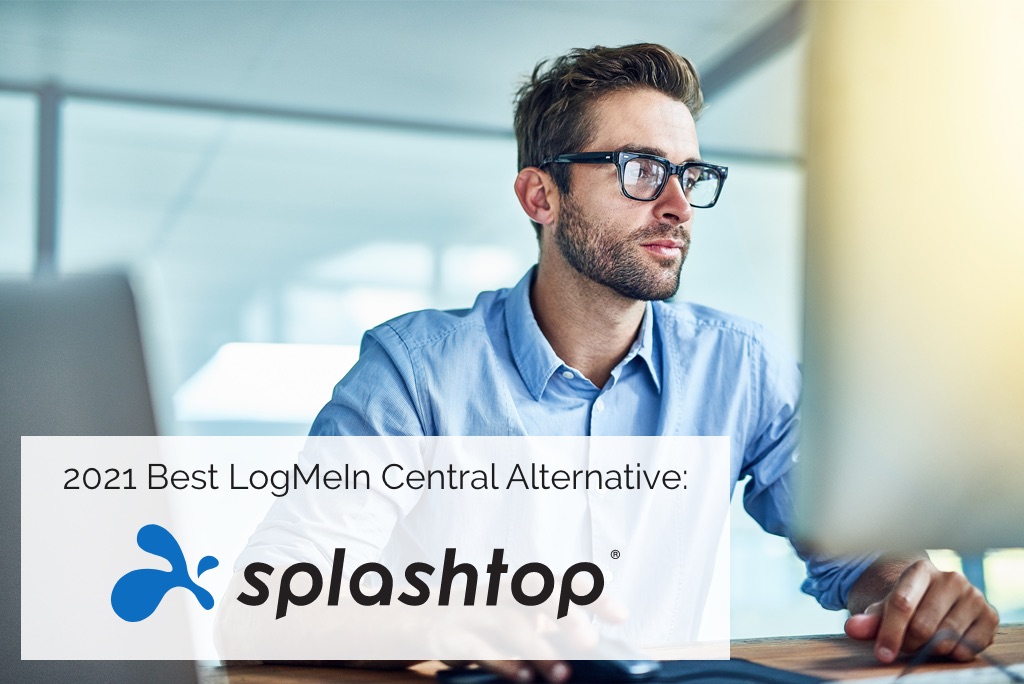 LogMeIn Central is a product that lets IT support and MSPs remotely access and provide support to their managed computers. However, IT professionals have been looking for better alternatives to LogMeIn Central due to their huge price hikes over the past few years. There are several LogMeIn Central alternatives on the market today, but Splashtop Remote Support is consistently praised by users as the best alternative based on price, performance, and features.

When it comes to pricing, LogMeIn Central’s price is so high that customers who switch to Splashtop save anywhere from 40% to 80% on their annual subscription cost. That translates to hundreds, or even thousands of dollars in savings each year.

Since 2015, LogMeIn has continually increased the price of their Central product, including just last year. The price increases haven’t just affected new customers either. Existing customers have had their renewal costs increased as well (see our case study on how EPAD IT had their LogMeIn Central subscription cost doubled, pushing them to switch to Splashtop where they saved over 70%).

LogMeIn Central isn’t the only remote support tool available. There are many LogMeIn alternatives out there. If you’re looking for one that will provide the same top features found in LogMeIn Central, has fast connections, and doesn’t have a history of high prices or price increases, then Splashtop Remote Support is the solution you’re looking for.

Here’s a comparison of Splashtop Remote Support versus LogMeIn Central and why Splashtop is the best alternative.

Between 2015 and 2018, the price for LogMeIn Central more than doubled. That’s over a 100% price increase in just three years.

And those prices are just for 25 computers. If you’re managing more computers, your cost is going to be much higher.

It doesn’t matter which package you compare or how many computers you need to support. In every case, Splashtop is lower priced than LogMeIn. You can cut costs and save thousands by choosing Splashtop over LogMeIn Central.

You Can Access More Computers and Get the Top Features

As far as features go, Splashtop not only offers the same top features that LogMeIn Central does, with certain packages you’ll get even more with Splashtop.

Splashtop Remote Support includes the top features found in LogMeIn Central Base Plan, such as drag-and-drop file transfer, remote print, chat, blank screen, and more. However, one big advantage for Splashtop Remote Support is that it also gives you the ability to provide no-install attended (ad-hoc) support to provide break/fix services to devices not managed under your account. LogMeIn Central does not offer that feature.

Splashtop Remote Support Premium also includes monitoring and management features such as configurable alerts/actions, Windows updates, system inventory, event logs, remote command, and more. To get all those features with LogMeIn Central, you’d have to purchase all three additional add-ons. That would make your starting price $2,628/year for 25 computers, compared to Splashtop Remote Support Premium starting at $479/year for 25 computers.

Finally, if you want to be sure that Splashtop is secure, you can rest assured knowing that all connections are protected with 256-bit AES and TLS encryption. Plus, Splashtop is compliant with GDPR and SOC 2; and supports compliance with HIPAA, PCI and other industry standards and regulations.

You Won’t Suffer from Price Increases.

As LogMeIn Central customers have learned the hard way, pricing can change over time. In LogMeIn’s case, pricing has gone up tremendously in the past few years.

On the other hand, Splashtop has not increased their prices. Plus, when you purchase Splashtop Remote Support, your price is locked in, meaning you’ll never be forced to upgrade.

There is nothing more frustrating than putting in the work to set up a remote support infrastructure only to have your renewal cost doubled out of nowhere and not having the budget to keep up. Save yourself the frustration and switch to Splashtop (Splashtop also offers easy migration from LogMeIn to Splashtop).

Splashtop Remote Support is the 2021 Best Alternative to LogMeIn Central. That’s why thousands of former LogMeIn Central customers have already switched to Splashtop and have never looked back.

Again, here are the benefits of switching from LogMeIn Central to Splashtop.

Sound too good to be true? You can start a 7-day free trial of Splashtop Remote Support now to see for yourself.

What Customers Said After Switching from LogMeIn Central to Splashtop

We’ve heard from many customers who are thrilled by their decision to dump LogMeIn Central and switch to Splashtop. Here’s a recent quote we’ve received:

“Like many other IT professionals, I was blindsided by the LogMeIn pricing bombshell which has left me and my clients scrambling for an alternative to that, now overpriced, solution. After making do on a temporary basis with other products’ free solutions, I have finally come home to Splashtop. In addition to being easily deployed and scaled, Splashtop gives me excellent performance even over sketchy connections.”

Interested in trying Splashtop? Start your free trial by completing our short form.